We Are Still Talking About GDPR In 2019. Here Are 6 Ways to Ensure Compliance. 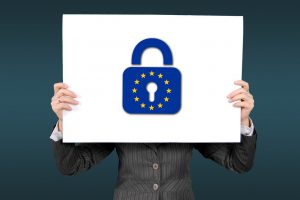 EU member states are now covered by the General Data Protection Regulation (GDPR) which is basically a law that protects the personal information of individuals within the EU and how they are used.  GDPR is important for organisations around the world because it affects everyone who does business or communicates with individuals in the EU member countries. It is arguably the most important government regulation on data protection and data privacy rights in the last 20 years.

To begin with, GDPR is a mutually agreed regulation among EU states, which seeks to harmonize data privacy laws across Europe and give individuals enhanced power and control over how companies use the information which they have about them.

Following the numerous data breaches which took place over the past five years, including major incidents involving Yahoo and LinkedIn, GDPR seeks to create a unified framework for punishing companies that do not do enough to reasonably ensure that user data is kept safe and out of unauthorised hands.

The recent furore involving Cambridge Analytica and Facebook, which saw the clandestine research firm harvest information from unaware Facebook users in a series of campaigns that allegedly led to Donald Trump’s election victory and the ‘Leave’ vote victory in the Brexit referendum, has also provided a key case in point for the sort of scenario that the policy framework was designed to pre-empt.

Under GDPR rules, companies are not only required to put security in place to ensure data security, but they are also obligated to inform the relevant country’s data protection regulator about a breach within 72 hours, which would prevent a recurrence of incidents like the famous Yahoo hack, which saw millions of user email account login details stolen after being stored on an insecure server in plain text format.

The regulators on their part, are also obligated to inform the individuals involved in the breach and then carry out a probe of the organisation to find out if adequate security measures were put in place. GDPR also mandates businesses with more than 250 employees to justify their reason for collecting user information, openly state how long it is held for, and show that adequate data security measures are in place.

Through the Subject Access Request (SAR), individuals can now get access to what information a company has about them for free. Businesses are mandated to provide customer information within a month of a SAR request.

The GDPR applies to all organisation which handle information of EU residents whether they operate within the EU or not. Non-compliance with this law can lead to fines as high as €20,000,000 or 4% of the annual turnover of the company. Airlines, hotels, schools, Fintech companies, telecommunication companies, e-commerce companies are some of the businesses that are expected to be GDPR compliant.

American tech giant Google was recently slammed with a $57,000,000 fine by French regulators under GDPR regulations for violations relating to disclosure of user data holding times and what user data was used to do. According to the indictment, Google did not make it easy for users of certain services on its Android platform to know exactly what data on them was being collected, what it would be used for and how long it would be stored.

The regulator also stated that Google did not make it ‘sufficiently easy’ to opt out if users so desired, because use of the services was contingent on accepting its conditions, which is also against GDPR regulations.

How to Ensure GDPR Compliance